We are here to make sure your holiday is a memorable one.

Our accommodation varies from private villas with pools to picturesque apartments right on the sea-shore. We can organize your transfer to and from the accommodation or arrange your car hire. If exploring secluded coves is in your mind then we are here to make sure that a hired-boat will wait for you on arrival or book you in a day trip to a nearby island.

For those looking for something unique and luxurious, our Premium section includes carefully selected properties in all our destinations, accompanied with premium services like private chefs, VIP transfers etc. 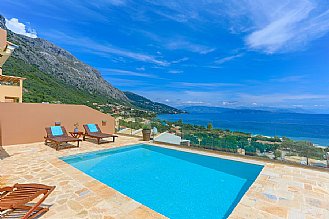 The Island of Corfu is a perfect place for a family holiday. Corfu has something for everyone, Palaces, Museums, numerous resorts with famous local tavernas and some of the best Blue Flagged beaches of the Ionian Sea. There are organized sea activities and water-parks. Local festivals occur every week. Visiting Corfu Town itself guarantees a relaxing and all memorable experience. Our selection includes private villas with pools, houses and cozy apartments close to the sea, local tavernas and amenities. 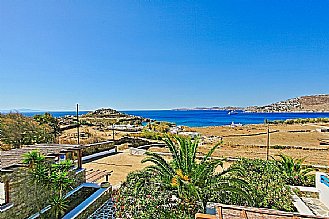 The famous cosmopolitan island of Mykonos is an ideal destination for couples. We offer apartments with pool, Houses in Mykonos town, Private suites on the beach.

The Island of Paxos is a romantic getaway, ideal for couples and small families looking for a holiday in quiet and unspoiled surroundings. Our selection includes private villas with pools and apartments close to the sea. For your peace of mind, we organize transfers from Corfu Airport to your property in Paxos, including all taxis and hydrofoils. 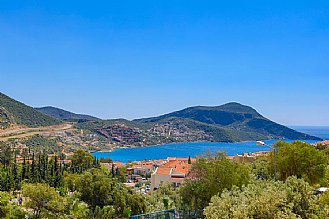 Turkey is considered to be the gateway between Europe and Asia. It is located on the Mediterranean stretching across the Anatolian peninsula in SW Asia and the Balkan region of SE Europe. Straddling two continents, Europe and Asia, Turkey has an unrivaled history stretching back thousands of years. The culture is fascinating, the cuisine is superb and the people are welcoming and intensely proud of their country’s achievements. Most of the coast is simply stunning. Antalya and Alanya regions are the most popular areas on the Mediterranean coast, due to their spectacular beaches and well organized resorts with very affordable cost of living. Our suggestion consists of a substantial portfolio of high-quality villas in attractive locations with low prices, compared to the most of the other coastal Europe. 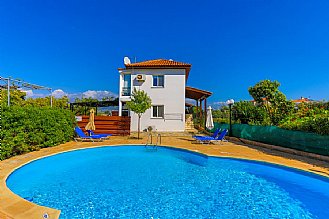 The Island of Godess Aphrodite is a place of unique natural beauty and lovely local people. It is a destination ideal for family holidays and couples looking for a place to relax on holiday. Our selection of private villas with pool are located on rural areas, close to the beach, restaurants and local tavernas. Most of them provide the bedroom Air-conditioning free of charge. 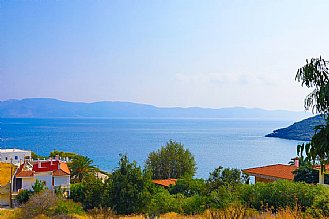 The prefecture of Attica is hosting the capital of Greece, Athens. Geographically it is a peninsula surrounded by Aegean Sea from the three sides, while on the north it borders with the further Greek Mainland. It is the most accessible destination in Greece due to its direct connections, by air or sea, with most major airports of the world or Mediterranean ports. Attica is synonymous with Athens, one of world's most historically significant cities, sophisticatedly called: an open - air museum and a lively modern Metropolis in Europe. Attica offers a huge variety of choices for visitors except its historical monum ents, like the Athenian Riviera: a strip of land stretching down the Attica peninsula, as far as Sounion, full of beach bars, marinas, luxury resorts and restaurants of any type, them all overlooking the sea. Although the largest part is dominated by the urban space of Athens it also has less-populated towns, especially close to peninsula's edges, like the famous Cape Sounion with the ancient temple of Poseidon. Archaeological sites, mountainous villages, the well-known port of Piraeus, the cosmopolitan islands of Aegina, Poros, Hydra and Spetses, washed by Saronic Gulf, can also be found in Attica Region and become an additional reason for visiting this exceptional part of Greece.