Lefkada or Lefkas island is one of the seven Ionian islands on NW Greece. It is probably one of the few islands all over the world that can accessed also by car instead of boat! It is true though that you can travel by boat or plane as well, using the adjacent Aktion (Preveza) Intl Airport, but if you happen to be in the mainland or in one of the neighbouring countries, car is the most popular way to visit Lefkada. This is actually the reason that it has become one of the top destinations for the Greeks of mainland Greece.

Lefkada is connected with the Greek mainland via a floating bridge as it is very close to the opposite shore. It is just 78 metres away from the west coast of central Greece and it is separated with the channel of Lefkada which is only 25 metres wide.

Lefkada covers an area of approximately 300 sq. kms, it is the fourth largest island in the Ionian Sea and the closest one to the mainland.
It is approx. 400 kilometres away from Athens and there are daily buses running from Athens and Thessaloniki to Lefkada. The name of Lefkada probably derives from the word LEFKOS – which translated in Greek dialect means WHITE - and it is due to the white colour of the mountains on the south-west side. The population of the island is 22,652(2011), with the majority living in the town of Lefkada.

The three quarters of the terrain is mountainous with steep cliffs, especially on the west side, while on the east the landscape is flatter.
There is a sea path opened by the Corinthians in the ancient times and developed by the English in 1818 which leads the boats from the calm lagoon of the east side to the open waters of the Ionian Sea on the west side.

The island is verdant with trees like olive, pine and plane trees and there are also many springs, such as the Kerasia spring in Sivros. The waterfalls near Nidri, the Dimossari gorge and the salt marshes found on the island are indicative of the marvels of the nature one comes across on Lefkada. The island is also famous for its impressive beaches, with the white sand and turquoise waters which resemble to the Caribbean. The coastline is 116 km long and forms oblong capes and bays, particularly in the south.

The climate is Mediterranean with mild but rainy winters and warm summers with cooling breeze. The average temperature is 18 degrees, with July being the hottest month and January the coldest. The winds that blow from May till September make Lefkada an ideal destination for yachting and windsurfing.

The economy of the island is based mainly of the tourism and the numerous marinas on island's west coast, but also on the production of olives and pulses (particularly lentils), the bee-keeping and the production of salt.

Lefkada is the home of some of the best and most renowned beaches in Mediterranean with turquoise waters.
All these beaches are easily accessible by road or sea.
Perhaps the two most photographed beaches on the island are those of Porto Katsiki and Egremnoi. Both of them are surrounded by large dominating cliffs and they have the most stunning waters of all beaches on the island. The first one is among the six most beautiful beaches of the Mediterranean, whereas the exotic setting of the second creates a feeling of a deserted tropical island in the Pacific Ocean.

Porto Katsiki Beach
Porto Katsiki is located 45 kilometres southwest from Town, close to Athani village. To access the beach you need to climb down quite a few stairs while overlooking the abrupt white cliffs. Even though there are sun loungers and umbrellas, as it is one of the main beach attractions, the idyllic landscape still takes your breath away. There are also a few snack bars to have a small lunch on the beach and enjoy swimming in the pristine waters until late in the afternoon. The beach is frequented by vessels as this is the best way to access it.

Egremnoi Beach
Egremnoi is even more difficult to reach as you need to walk down approximately 350 stairs. The number might sound a bit discouraging and intimidating, but the magnificent scenery, with the long sandy beach and the surrounding barren cliffs is definitely worth the effort. There are a few beach bars on the right, but at the end of the beach you will find more secluded spots. It is not as crowded as Porto Katsiki due to its location, even though there are still plenty of visitors looking for an ideal swimming experience.

Mylos Beach
Mylos beach is ideal for the water sports lovers as the wind blowing there makes the perfect conditions for kite-surfers. It is also ideal for nature lovers due to its unspoilt environment and the green cliffs.

Pefkoulia Beach
Pefkoulia beach is a top destination beach for families, as it is safe, easily accessible and there are shops and restaurants in the nearby village of Agios Nikitas. It is a large beach and gets quite crowded in the summer, but the area beyond the big rock is quieter and favoured by nudists.

Kathisma Beach
Kathisma is another well-known beach of Lefkada. It is mostly preferred by younger people due to the water sports activities that take place there and the accommodation found quite nearby. However, swimmers should be extra careful with the northwest wind and the large waves it creates.

Other Beaches
Other beaches on the island are: Ai-Giannis beach, Kastro and Gyra beaches, Gialos beach and the beaches of Vassiliki, Agios Nikitas and Nidri.

On the island of Lefkada various religious feasts and cultural events are held throughout the year, but reach their peak during the summer months with the International Folklore Festival. The Festival is part of the events for literature and arts that are organised every year since the 1950s. A lot of famous and well-respected artists and scientists visit Lefkada to join the conferences and the celebrations. Maria Kallas gave her last performance for the Greek audience as part of these events in 1964.

Lefkada was the first place in Greece to start this tradition of events for literature and arts which has eventually been embraced by many municipalities around the country. In no other place in Greece though, it is organised an International Folklore Festival like the one in Lefkada. People from all over the world have set the island as their annual meeting point in order to present their customs and traditions in this amazing feast dedicated to cultural diversity and peace among different nations.

During the Festival the Town of Lefkada looks like a big parade, with folklore dancers dancing cheerfully, dressed in their traditional costumes, holding their flags and singing traditional songs. On the first Sunday of the festival , the big parade takes place in the streets of the town and ends at the beach, where dancers from different countries dance all together the dance of peace. If you can arrange holidays in August, don’t miss this lifetime experience and do join the International Folklore festival! It is a great opportunity to meet people with different customs and learn things about neighbouring (or not) countries.

Other cultural events that take place on the island are the traditional wedding and the Valaoritia Festival. The first one, as the name implies, is a revival of a traditional wedding. It takes place in Karia and shows the way weddings used to be in Lefkada in the past. The second one is a festival dedicated to the memory of the poet Aristotelis Valaoritis and his significant work.

Apart from the cultural festivals, religious feasts are organised in villages around the island. This is common to most of the Greek islands and the villages of the mainland. Almost everywhere in the country, 15th August is a big celebration and so it is on Lefkada too. The feast takes place in the Convent of Faneromeni in Frini because the convent is dedicated to the Virgin Mary whose Dormition is celebrated on this day. 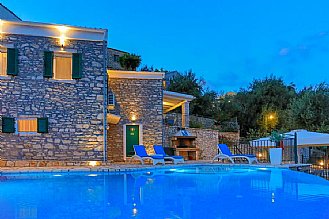 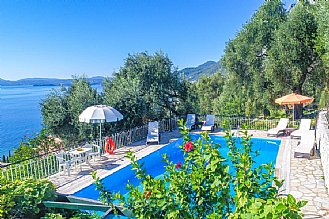 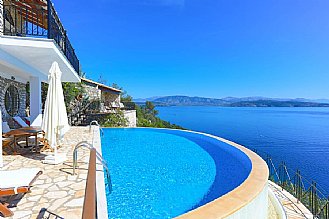